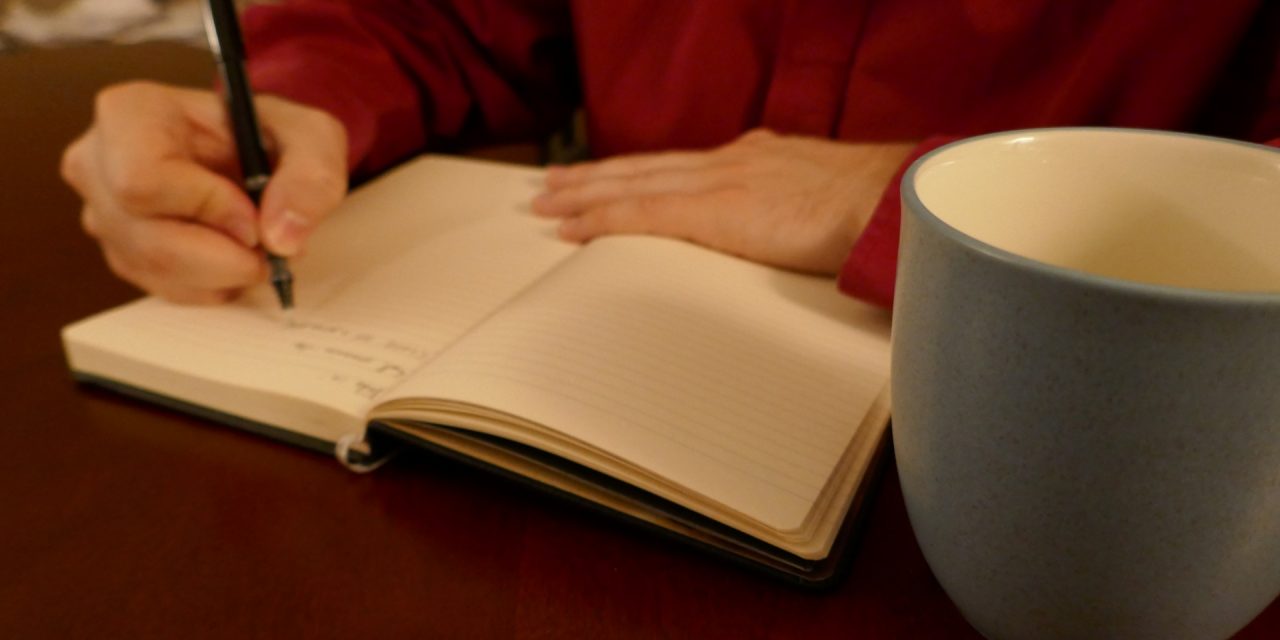 Writer, actor and comedian David Cruickshanks shares his thoughts on the challenges of writing for TV and film and the growth of the Fife film scene.

Okay, that’s enough time imagining I can do the dance moves on Tik Tok. It’s time to get down to some writing.

Last week, I tuned into Neil Forsyth’s BBC Writers Room webinar and I almost blew my breakfast when he said he happily works away with 6 writing projects on his slate.

Neil is the writer on this year’s surprise TV hit, Guilt, starring Mark Bonnar, Sian Brooke and Jamie Sives. He’s also written a few books and the burger van comedy smash Bob Servant. Neil, a Dundonian, is being courted for several projects by a procession of TV and film companies. He also manages to fit in a few other writing projects such as Amazon Prime’s drama Modern Love while juggling that little lot.

I, on the other hand. have two small projects and every time I try to get started, I pretend that the carpet needs hoovering or that I can finally master the moonwalk.

Don’t get me wrong. It’s not that I don’t like writing; it’s just that I struggle with the effort and concentration needed to produce a piece of work that will inevitably be changed beyond recognition. I know I’ll get it done but this is a common experience for screenwriters, and it can be difficult at first, but if you want to succeed you have to get used to receiving notes – or even rejection.

I knew one writer, straight out of Uni, who did 17 drafts for a well-known TV drama only to be told: ‘Sorry, we’ve given it over to someone else’. On the plus side, that writer is working for three of our four major soaps, so what doesn’t kill you…

Sure, if you’re a novelist you can write what you like, and if it’s good enough you’ll maintain the integrity of your author’s voice. Even with editing, it will resemble that big idea you had in the train while staring out the window dreaming of fame and fortune as your stomach rumbled. If you want to see your work on screen rather than on the shelf at Morrisons, be prepared to sit on your ego and listen to a room full of people who know your script better than you do.

Unlike novel writing, screenwriting is collaborative which means that everyone from the studio cleaner to the producer’s hamster has a say. The drama series Hollywood, one of the best shows on Netflix just now (Netflix being the TV equivalent of your brainier, better looking and more popular sister who’s just married a wealthy techno geek), depicts the struggle for writers to get their scripts onto the big screen without them being changed beyond recognition. One gifted black writer, Archie Newman (played by Jeremy Pope), services cars, movie moguls and lonely women in between penning a story he hopes will change his life – and maybe the lives of black men and women who were never seen as lead material in Hollywood movies of the 50’s.

Luckily for him, the service station has contacts in the movie industry, and he quickly establishes those face to face connections that are so valuable in this business. Of course, this is Hollywood not Hollywood, so he’s bound to succeed.

I’ve longed to get one of my own scripts made on the BBC but it hasn’t happened yet. I’ve had jokes and sketches featured on BBC Radio, but I’ve just never pushed myself enough to make those valuable contacts in telly land, and perhaps I’ve left it too late. As Dylan says in his unintelligible whine: ‘The Times they are a Changing’.

I have to admit that, as a middle-aged white working-class man, the zeitgeist may have passed me by. I’m kinda cool with that. The world needs new voices and new ways of seeing things. Everybody needs to know that talent and hard work are only two sides of the triangle, the third is being at the right place at the right time.

I haven’t given up trying to get a screenplay made, and I’m currently writing a sitcom as well as writing a mental health column for a men’s magazine, so never say never, but I know if the opportunity comes I’m riding that wave.

If you see a chance do not let it pass you by because you were too shy, or you didn’t think you were good enough, because it may be the only chance you get. That one chance may even be right under your nose as you look elsewhere.

Most of us will not end up in Hollywood, the real movie town or the fictitious Netflix drama, but some of us may be lucky enough to be in the right place at the right time – and that place is Fife.

The creative community in Fife is like Tracy Chapman at the Nelson Mandela concert; no one had even heard about her or her precocious song writing talent, but when she stepped up and sang Fast Car everyone knew her name.

For years talented Fifers have set off to Glasgow, London, New York and LA in pursuit of their screenwriting and film making dreams – and some have made it, including Lawrie Brewster and Sarah Daly who run Hex Media – but the larger the studio, the less creative control you get.

Thankfully for us, Lawrie, Sarah and Michael decided that Fife was going to be their permanent filmmaking base and set up in a converted church in Kirkcaldy.

So now Fife has its very own “Hollywood” and an impressive ‘If you build it, they will come’ narrative to go with it. That narrative is backed up with the arrival of Sam Ashurst, a filmmaker with a bright future in London who chose Fife instead of the metropolis (I think he’s secretly in love with the Links Market).

Over the last 10 years, Hex Media has acted as a conduit for talented creatives to cross collaborate on all sorts of film and writing projects, and they have an enviable record in being able to grow and hold onto talent. That takes trust as well as talent and they have plenty of both.

This isn’t just some cottage industry that’s knitted together like one of your mum’s jaggy jumpers. These guys are connected to producers, writers, actors and distributors throughout the world. They even have their own film merchandise set up and a massive loyal online following with a record for most views of a horror prank video (18 million views and counting).

Alongside that we have punk filmmaker Beans Goldblum, and you can read about his latest venture Dick Dynamite on this website. as well as documentary maker Alex Harron and film production company Glass Bullet.

Gavin Hugh, who wrote and directed his short film Cold depicting depression at Christmas, is the brains behind this website. Gavin developed this amazing web-based resource in just a few weeks, which will also act as a data base for finding new and existing talent.

The future of film in Fife is bright.

Enough of the hard sell, but the evidence is stacking up against looking elsewhere for experience or a career in filmmaking when you literally have it all on your doorstep.

Anyway, I have a comedy script to finish, although I was hoping to discover a video on Tik Tok that shows how robots can write your blockbuster sitcom while you’re in the bath, but no luck so far. Currently I’m registering two jokes a page and I need a minimum of three. The deadline is looming and one of the characters is being a diva.

I reckon it’s time to get typing, or, maybe just one more Tik Tok video… 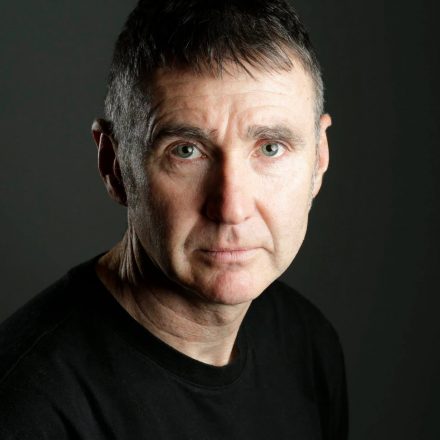 David Cruickshanks is a writer, actor and stand-up comedian with a background in filmmaking, video production and photography. A war veteran, David worked for media organisations in London before returning to his native Fife and studying TV writing at Glasgow Caledonian University. An avid cyclist and blog contributor, David enjoys volunteering his time to support others and can be seen performing on stage throughout Scotland. 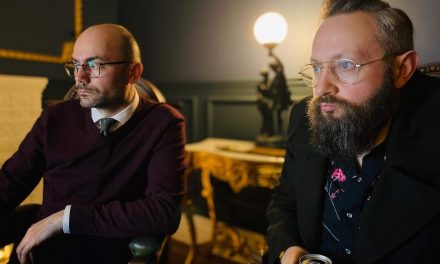 Filmmaking took me from London to Fife 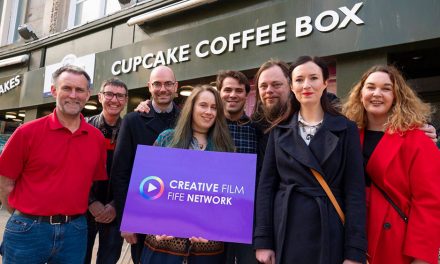 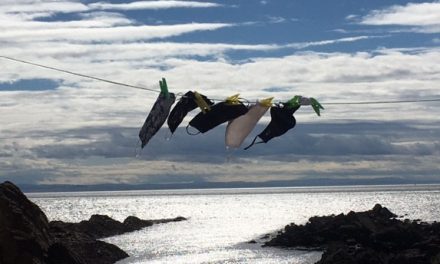 Stories with ‘Our Lockdown’ 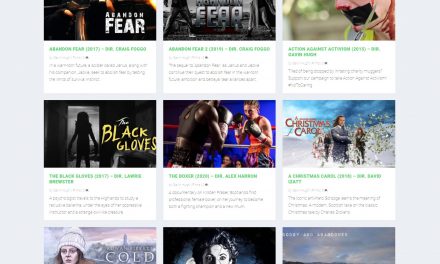